BeReal is currently a trending app. Downloads are increasing from month to month. But the download numbers themselves do not mean that BeReal is also used a lot. The time of use shows that downloads are high, but the daily use of the app is weaker.

Is BeReal worthwhile as a new social media channel? Based on the sheer download numbers alone, companies might consider the app as a new channel for their social media marketing. Additionally, even TikTok jumps on the BeReal bandwagon and implements new features that are very similar to the original. But Sensor Tower provides new figures around BeReal and shows: High download numbers alone are not a good argument in favor of BeReal.

In September 2022, BeReal counted a total of 53 million downloads worldwide since the app’s launch in 2020, with download numbers growing rapidly every month. While the app recorded 756 thousand downloads in January 2022, this figure had already risen to 3.5 million by April 2022 and most recently to 14.7 million new downloads in September 2022. One reason for the popularity: simultaneous shooting with the smartphone’s front and back cameras – a feature that both Instagram, with its Candid Challenges, and TikTok have included in their app.

However, BeReal’s download numbers with 14.7 million new app downloads at last, do not yet come close to those of TikTok and Instagram. By comparison, TikTok counted 12.33 million downloads on iOS devices alone in January 2022. On mobile devices with Android operating systems, there were another 25.7 million downloads. The numbers for Instagram downloads are similar to those of TikTok. Still, based on BeReal’s downloads in the Google App Store and Apple App Store, it’s clear that BeReal is on the rise among social media app users. Unfortunately downloading the app does not mean that it will be used frequently.

Downloads increase, but time of use is low

It seems that BeReal has not quite caught on with users yet. At least when companies look at the user time in comparison to other social media platforms. According to data from Sensor Tower, only nine percent of users open the app daily (Android devices). Instagram is significantly higher with 39 percent and TikTok with 29 percent. But why is the usage time (still) so low? After all, the core feature of the simultaneous camera is repeatedly praised by users.

One possible reason for the low usage time: BeReal hardly encourages users to open the app at the moment. So far, the app only delivers a notification once a day to motivate users to upload a BeReal. In addition, the social media app currently lacks further usage options to attract users to the platform more regularly. BeReal is only designed for uploading BeReals and viewing them yourself.

BeReal is currently a trendy app. Yet, despite high download numbers, it still lags behind the competition – especially in terms of use. Furthermore, the app does not offer any monetization options and, according to the app’s developers, will not introduce ads in the future. But the app must continue to evolve further in order to offer users more incentives once the initial wave of enthusiasm has settled down. After all, top dogs like Facebook, TikTok and Instagram, as well as Twitter and Snapchat, are still far ahead. And last but not least, the competition itself is working on BeReal-like features or has already launched them. In order to survive, BeReal will soon need more than just simultaneous camera recording. For companies, this primarily means waiting and keeping up to date. With new, expanded functions, BeReal could still make the turn into a social media app with marketing potential. 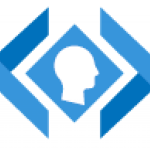 What central instruments does a monitoring tool have?

Google search operators table: With these little helpers you can search specifically

Customer gifts for Christmas: These are the trends 2022

Performance in e-commerce: higher sales in a matter of seconds

Enterprise CMS vs. Open Source CMS: What is the difference?

Installment payments in e-commerce – The big comparison of providers